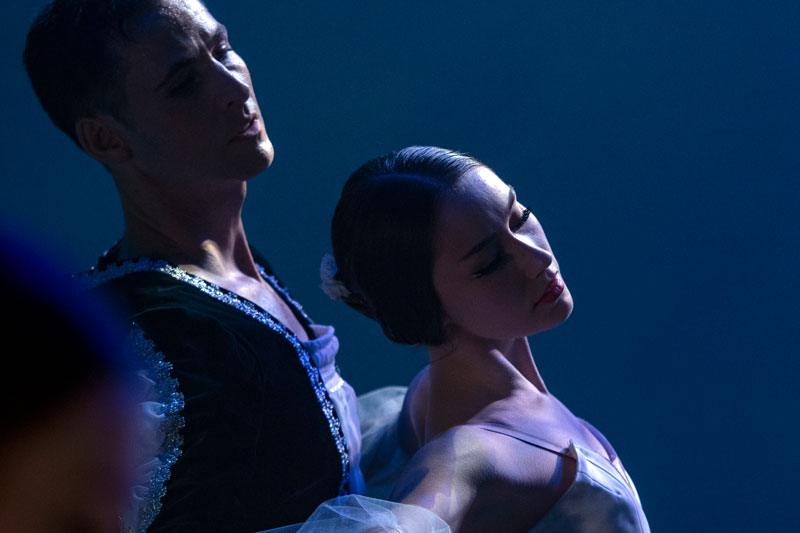 TPA Pre Professional student Grace Carroll (16yrs) has accepted an offer to join the Paris Opera Ballet School, becoming one of only a few Australians ever selected into this prestigious and historic school. Grace will go straight into the Second Division (the second highest level of the Academy). Grace joins the ranks of former Tanya Pearson Academy graduate Olivia Bell who joined the Paris Opera School before continuing on to a long and successful career with The Australian Ballet.

Grace performed as a Soloist in the Youth America Grand Prix Finals in New York last month, impressing the large panel of judges with her technique, grace and artistry. She went on to be the outright winner of the Senior Woman’s Division. Since, she has been carefully reviewing and considering many options and offers that were presented to her, both within Australia and around the world. The Paris Opera Ballet School, however has been a long-time goal and aspiration of Grace’s.

“The Paris Opera has always been a dream of mine and I still can’t quite believe it is now a reality. I have been inspired by the history of the school, the style of training, the dancers both within the school and the company, as well as the repertoire that the company performs” says Grace.

Grace began her early ballet training at Dynamite Premiere Academy before being offered a scholarship to attend Redlands in the dance program. Grace began her training at the Tanya Pearson Academy at the start of 2016 in the Senior Transition Program before progressing into the Full Time Program in 2017. During her time as a full time student of the Tanya Pearson Academy, Grace as achieved many goals and awards including winning the Youth America Grand Prix – Senior Woman’s Division 2019, receiving a Silver Medal at the Beijing International Ballet Competition and winning the 2017 Sydney Eisteddfod Robert & Elizabeth Albert Scholarship.

Grace will move to Paris in September to commence her training at the Paris Opera Ballet School.