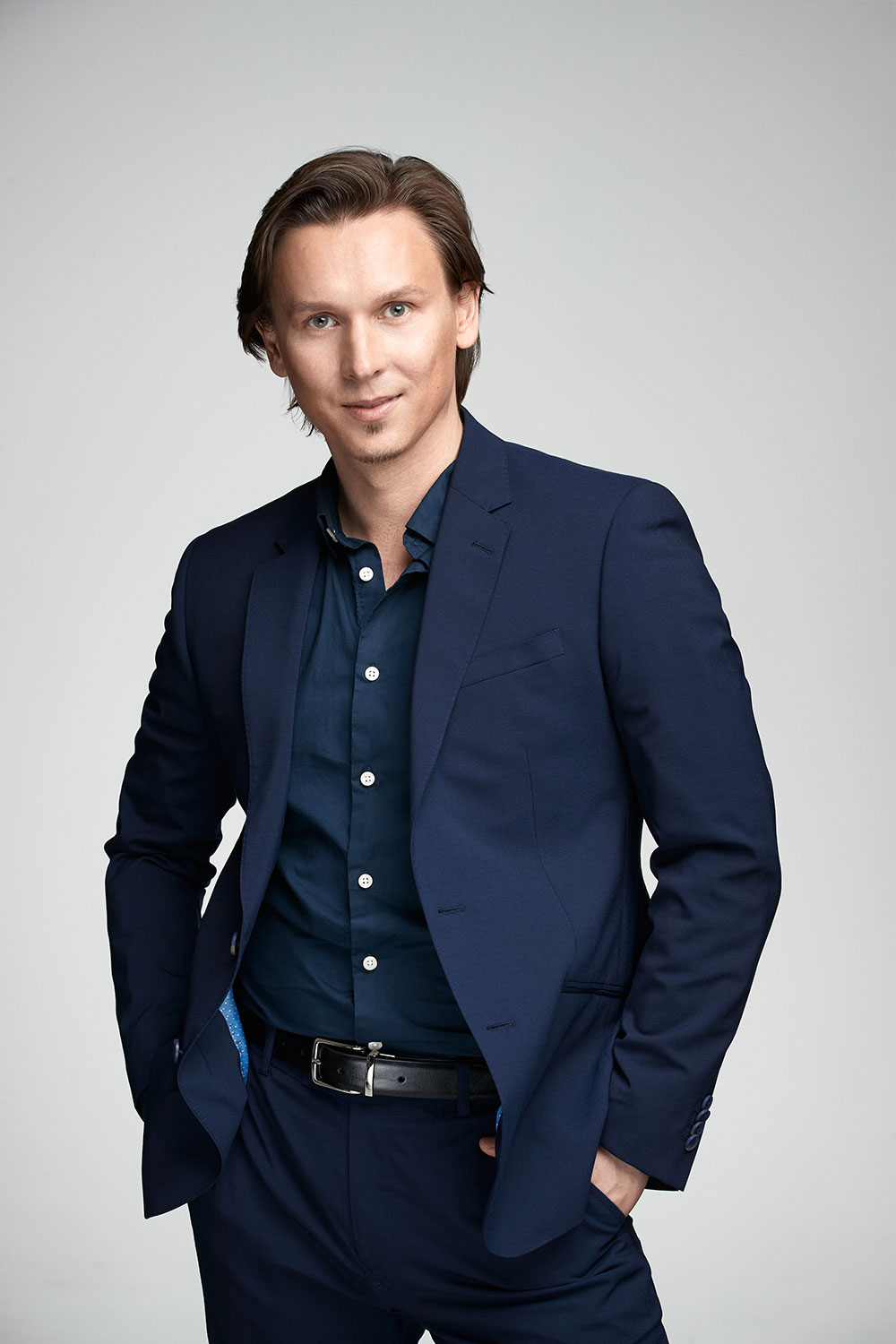 Born in Berlin, Germany, Gregor Thieler started dancing at the age of eight, and received his State Diploma at the highest level of dance in Classical Ballet, Classical Variation, Pas de Deux, Modern Dance, Jazz Ballet, Improvisation and Spanish Dance from the Palucca University of Dance in Dresden, Germany in 2000. During his time at the Palucca School, Gregor was able to work with many renowned German choreographers and master teachers, who later influenced his professional career significantly.

After receiving nationwide recognition for dancing the solo role in Birgit Scherzer’s famous piece Keith at the State Ballet School Festival in Cologne and Essen, Germany, Gregor was immediately engaged by Ballet Hagen, where he started his professional dancing career with the principal role of Mozart in Mozart Movements. The following season, Ballet Dortmund offered him a position as Soloist, where he stayed for the next five years. During his tenure, Gregor danced many principal and solo roles in classical and contemporary ballets. He received international recognition while dancing the main role in the world premiere of Fight Club by Mario and Silvana Schroeder and in Messiah by Birgit Scherzer. Artistic Director Xing Peng Wang offered Gregor a position as Soloist in his new company, where he danced the principal role in Der Mann und das Meer and many other solo roles in the productions, such as Charming Dances, Four Seasons, Mozart, Nutcracker, Swan Lake and Bolero. He also worked with star-choreographer Marvin Smith in West Side Story cast as Snowboy.

In 2005, Gregor was invited to work as a guest artist at the Aalto Ballet Essen, Germany in the production of Swan Lake. In 2006 he was engaged by choreographer Birgit Scherzer to become Soloist at her Ballet Company in Innsbruck, Austria where he danced in many other main roles and solo works.

In 2007, Stephan Thoss, one of Europe’s most distinguished choreographers, invited Gregor to work as Soloist in his new company at Wiesbaden State Ballet, Germany. The experience to be part of the creative working process with Stephan Thoss and being able to dance as soloist in many of his creations and awarded choreographies, such as Giselle, Sleeping Beauty, Swan Lake, Searching for Home, Professor Unrat and Thundering Silence, inspired him to start choreographing his own dance works.

Since 2008, he has choreographed many classical and contemporary works, such as Nutcracker, Kodo, Incontro, Classique, Primacy of Number, Faire le Ponte and many other solo works and duets.

In 2011 Gregor and his partner Xanthe Geeves founded the company Impetus Dance Arts, with the goal to continue creating inspirational dance works together and to collaborate with other artists and institutions. They created the awarded dance piece INFLAMES for the FKM Festival in Europe and have worked as principal dancers for renowned choreographer Mauro De Candia in his internationally awarded production Bluebeard.

At the beginning of 2013, Gregor and his partner Xanthe Geeves became owners and directors of Ballet Academy Northside, Australia, teaching and choreographing for students and pre-professional dancers in Sydney. They both work as guest teachers for the NSW Arts Unit and the Sydney North Dance Schools Committee (SNDSC) at State Dance Festivals and workshops and as guest teachers for Sydney Dance Company Studios. Gregor and Xanthe established a one of its kind Career Development Program with workshops and master classes for Primary and High School teachers for the Northern Beaches region at their academy, in collaboration with the SNDSC. They are also long-time choreographers and responsible for the Schools Spectacular featured Ballet Ensemble production, which is televised each year.

In 2017 Gregor and Xanthe founded the Sydney College of Dance with the aim of providing aspiring young pre-professional artists with the accredited training (Advanced Diploma of Dance) and mentorship needed to create a successful professional career in dance.

Gregor’s career experiences include dancing, singing and acting in over fifty different ballets, operas, musical theatre, television and movie productions. With his many years of experience in dance education and the wealth of international dance industry connections developed throughout his outstanding career, Gregor has unique insights into the current professional dance world which has helped past students achieve optimal career placements overseas.